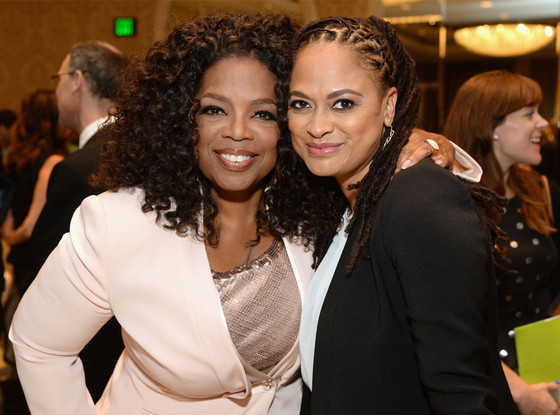 Selma director Ava DuVernay is teaming up with Oprah Winfrey again to bring Natalie Baszile’s novel, “Queen Sugar,” to the small screen. The series will air on OWN: Oprah Winfrey Network. Written, directed and executive produced by DuVernay and executive-produced by Winfrey, the show will center on a high-powered career woman and her teenage daughter who leave their plush Los Angeles lifestyle after the woman inherits her father’s 800-acre Louisiana sugar cane farm. Her world and identity are turned upside down as she and her daughter attempt to navigate a new and very different environment while rebuilding the farm from scratch. She is met with curiosity and community, with resistance and romance. It isn’t long before a transformation begins and she realizes that she has been living a lot farther from her Southern roots than mere miles.

So far, there is no word on who will star in the show or when it will air, but production is set to begin later this year. “I loved this book and immediately saw it as a series for OWN,” Winfrey stated in a press release. “The story’s themes of reinventing your life, parenting alone, family connections and conflicts and building new relationships are what I believe will connect our viewers to this show.” Winfrey will also star in a few episodes of the series, marking the first time Winfrey will act in a series for her network. Her other TV acting credits include: 30 Rock, Ellen and Brewster Place. She was nominated for an Oscar for her work in The Color Purple, and is also up for another for producing Selma. This is the second time that Winfrey and DuVernay have worked together: Winfrey played civil rights activist Annie Lee Cooper in Selma. “From the moment I was introduced to the book, I was captivated by the idea of a modern woman wrestling with identity, family, culture and the echoes of history,” DuVernay said in a press release. “To bring this kind of storytelling to life alongside Oprah for her network is wildly wonderful. I’m excited about what’s in store.” This will be DuVernay’s first original project for OWN. OWN entered scripted programming through a multi-year exclusive deal with prolific filmmaker Tyler Perry. This marks OWN’s first scripted series that does not come from Perry whose soap The Haves and and Have Nots has been setting ratings records for the network.