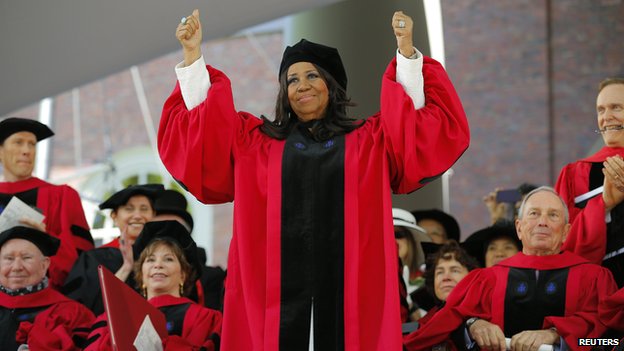 Soul-singing legend was honored at Harvard University last week by receiving an honorary Doctor of Arts degree at Harvard’s 2014 commencement. Don’t let this degree fool you; she has received many other honorary degrees from universities including Yale, Berklee, Michigan and more.

Talk about dedication. Her contribution to music will never go unnoticed. Congratulations Dr. Aretha Franklin! Check out this video of her singing the National Anthem at Harvard’s commencement.
Watch Aretha’s amazing performance of the National Anthem