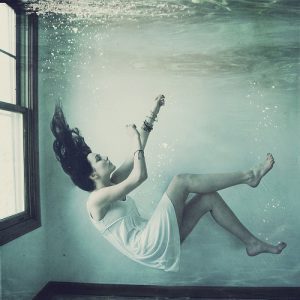 I recall a time when shacking up was frowned upon. It used to be an uncommon thing to see an unmarried couple engaged in a sexual relationship and living together.Â  This type of living arrangement used to be shameful for a woman and it brought embarrassment to her family; so much so, that if it was done it would be done in secret.Â  Times have changed, and even though shacking up is acceptable in society and is pretty much the norm now for the world, GOD’s word is still the same. Shacking up and fornication is still a sin in the eyes of GOD, which leads me to ask these questions, “If you say that you are saved, but yet you have been shacking up with a man or a woman for 1, 2, 5, 10, 15 years are you really saved? Or are you just a church goer?Â  Do you still get convicted? Or has the Holy Spirit left you to yourself, because you have grieved HIM so much with your disobedience and your rebellious attitude? Have you failed to listen to the Holy Spirit to the point that your heart is hardened and your ears are closed to His correction and pricking?”

I’m just asking, because I see this lifestyle being adopted within the body of Christ and it makes me wonder.Â  I, have tried shacking up myself once upon a time, and as a Christian woman the conviction was so heavy that I had to throw that man out of my house. We didn’t even make it to 6 months and within that short amount of time of him being there things in my life had begun to die and everything in my life was OFF. I mean, my praise was off. My prayer life was jacked up.Â  My money was even OFF, because disobedience and sin in one area of your life has power to destroy other areas in your life, because ALL sins lead to death. But the one thing that was off and hurt me more than anything else was my worship. I found myself in a position where I was unable to worship GOD and enter into HIS presence. Nothing in me was able to attend church Sunday after Sunday and lift Holy hands to a Holy God knowing that my hands were unclean and that separation was unbearable; and as much as I enjoyed him being there I had to put that man out of my house, because I knew that GOD was not pleased.

Beloved, GOD only corrects those that HE loves and it doesn’t matter what kind of sin that you find yourself drowning in. It doesn’t matter if you are shacking, fornicating, committing adultery, lying, gambling, practicing homosexuality, stealing, being slothful or gossiping, if you are a Christian and you are no longer being convicted by the Holy Ghost of your sin then let this serve as a lifeline to pull you back in, because you are too far from GOD and I won’t let you drown in that sin!

But where sin abounded, grace did much more abound: ~ ROMAN 5:20