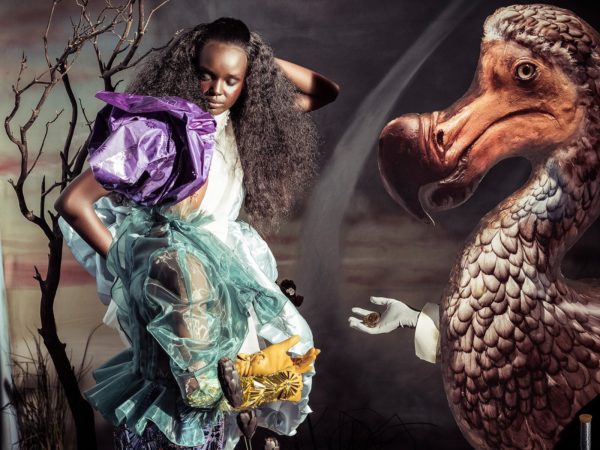 Pirelli is up to great things for the 2018 year with its reimagined theme of â€˜Alice in Wonderland.’ Pirelli has been creating iconic calendars since 1964 using models, actors, dancers and other celebs as the main characters in each shoot. The 2018 season is no different, except that it will showcase a star- studded all-Black Hollywood cast as characters from the fantasy that is â€˜Alice in Wonderland.’ Â This calendar will be special, especially for people of black cultures and backgrounds.

The fact that an all-Black cast is being used says a lot about the way society is changing. This is especially great for Hollywood because they are putting on the forefront that they are moving towards a more diverse and inclusive society where everyone will have an equal opportunity to achieve their dreams. #DOITFORTHECULTURE

The cast will put on exhibit out of this world fashion for the calendar with Tim Walker as the photographer extraordinaire for the shoot and, Edward Enninful, Editor-in-Chief of British Vogue, as the stylist.

Edward Enninful told the New York Times in an interview, “Inclusivity is more part of the conversation than it has ever been before, but it goes far beyond black and white. It is about all creeds, all colors, all sizes and people just living their truths. A lot of this is about digital giving people voices, and a new generation who refuse to compromise and want answers to the questions that matter to them. Given the state of the world we live in, sometimes I think we all feel like we’ve fallen down the rabbit hole. For me, a retelling of â€˜Alice’ for the modern world was a perfect project, particularly once the cast fell into place.” This will assist in breaking down barriers and dismiss stereotypes.

In the same interview with the NYTimes, Tim Walker stated that he got the concept for the 2018 calendar after â€˜Moonlight’ won Best Picture at the Oscars, the Pepsi controversy with Kendall Jenner that trivialized the #BlackLivesMatter movement, and the lack of diversity in the fashion industry. Tim’s goal is to use fashion and storytelling through â€˜Alice in Wonderland’- which has had multiple versions of the story being told, but always with a white cast- to push for societal change for acceptance and diversity in the industry and world.

Nyadak â€˜Duckie’ Thot, is a South Sudanese-Australian model, and she will be playing the part of â€˜Alice’ in the calendar picture series. RuPaul of â€˜RuPaul’s Drag Race’ will play the role of the Queen of Hearts and Djimon Honsou is the â€˜King of Hearts.’

Other cast members include:

This shoot showcases Black Pride as Diddy hoped it would, and it helps to give a voice to Black people who feel like our culture is underrepresented in all industries. Although this calendar is exclusive, it is great for the culture and it will inspire millions around the world who needed to see something like this for the longest while and it will serve as motivation for people in need. Black culture is being cast in a positive light, especially because the cast consists of people who have broken barriers and continue to make a path for people of color. This a step in the right direction for representation for Black culture. #HistoryInTheMaking

This is all we knew we needed and more for the culture. What do you think of the Pirelli calendar?