Alfonso Takes Home the Gold on Dancing with the Stars 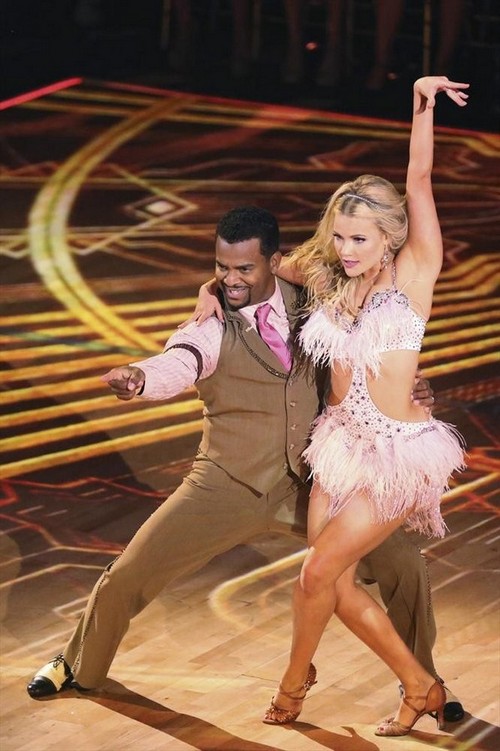 After eleven weeks of dancing his heart out, Alfonso Ribeiro brought home the Mirror Ball Trophy as winner of ABC’s 19th season finale of Dancing With the Stars. Ribeiro was, as judge Len Goodman stated, “The best dancer of the season.” Although Alfonso suffered from an injured back and pulled groin, and dance partner Witney Carson, who even wrenched her spine during the season, they both fought hard through the pain and beat the odds with final scores of perfect tens, three times in a row. Very impressive; anyone that can do that definitely has my respect. In week four, Alfonso scored 40 out of 40 for his dance (Jazz) that incorporated his signature dance move, “The Carlton.” I have fond memories of watching him doing the silly dance on the Fresh Prince of Bel-Air years ago. It always gave me a good laugh, and felt a sense of nostalgia seeing him break out the old moves again on DWTS. Former Fresh Prince co-stars (Tatyana Ali, Karyn Parsons and Joseph Marcell) were even in the audience during semi-finals week cheering him on. Will Smith even got in on the action by encouraging people on Facebook to vote for Alfonso. Besides his recent victory, he’s also expecting his third child with wife Angela Unkrich! Congratulations to the happy couple!! 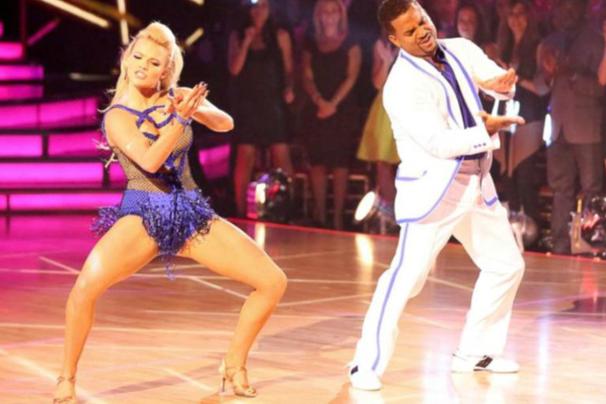 In the final week of the season, Ribeiro scored a perfect 40 out of 40 in all three dances. If you’re a fan of the show, then you already know that is definitely not an easy feat. Alfonso also announced that he would appear in the Dancing With the Stars: Live! North American tour. It will kick off in Niagara Falls, New York a few days after Christmas, and end in California in February. The actor quipped in a recent interview that he would probably spend a lot of time icing his body down in preparation for the strenuous tour. LOL, glad to hear that he hasn’t lost his sense of humor! It will be produced by Faculty Productions, in association with BBC Worldwide. So if you’re lucky enough to be in any of the cities where the tour will hit, I highly recommend that you go and see the show!
Alfonso performed the following dances with partner Witney Carson:
Week 1: Jive
Week 2: Samba
Week 3: Quickstep
Week 4: Jazz
Week 5: Flamenco
Week 6: Salsa
Week 7: Rumba and Team Freestyle
Week 8: Cha-cha-cha and Jive Dance-Off
Week 9: Foxtrot and Trio Paso Doble
Week 10: Argentine Tango and Contemporary
Week 11: Jive, Freestyle, Cha-cha-cha and Argentine Tango Fusion