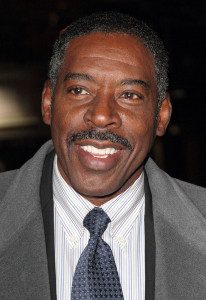 Friday, November 1, 2013 was the national theatrical debut and VOD release of the thriller Doonby distributed by Warner Brothers Film & Digital.Â  Doonby, a new millennium remake of the classic “It’s a Wonderful Life” makes you think and ponder about the people in your life/social circle and what effect they really have on your life. Doonby is a movie that will make you think and make you feel.Â  “Entertaining from start to finish it packs a special punch that is sure to make it one of this year’s most talked about films,” says Peter Ruff of US News& World Report. 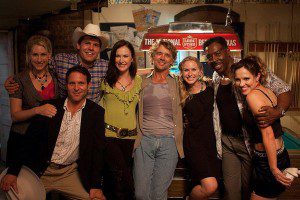 Produced by Riverhouse Entertainment and written and directed by Irish film maker Peter Mackenzie, this film (cast pictured on right) has some of your favorite actors within the cast.Â  John Schneider (Dukes of Hazard, Smallville) who plays the lead character Sam Doonby definitely carries the film from start to finish.Â  Other actors in the film include Will Walker (Tree of life, The thin Red Line), Robert Davi (The Goonies, Die Hard), Jenn Gotzon (Hulk, Frost/Nixon) and one of my personal favorites, actor Ernie Hudson (Ghostbusters).

I got a chance to catch up with Mr. Hudson after his work on the set with either Ironside or Scandal (he is always working) to ask him about Doonby and what other projects he may be doing in the future.Â  I learned so much about him that I was pleasantly surprised and ended the conversation even moore enamored with Ernie Hudson the person and talent than I was when I started the conversation. Â I think after reading this article you will feel the same way too.

I always want to know the background of a person so we began the interview with a retrospect of Ernie’s humble beginnings in Michigan.Â  He attended college at Wayne State University in Detroit, Michigan.Â  It was in Detroit that he began his career as an actor and received his Equity card (union status).Â  What I didn’t know was that after graduating WSU, Ernie received a full scholarship to Yale.Â  When I asked him if he attended college because he believed that education came first his reply was both candid and unique.Â  He stated that he went to college because he desired a long career in acting and wanted to develop the skills to enable him to do so.Â  Yet once he finished that statement he quickly continued by stating, “College is not necessary for everyone who wants to do this [acting] as a career. I do think college is a wonderful place to broaden your perspective on the world and it also gives you a real strong foundation for the craft itself.Â  You need to be educated, but sometimes life can educate you and you can learn from many things; however, a university or college offers concentrated learning.Â  I think it’s really important. Just to be clear, not everyone who is successful at this [acting] went to college.Â  Some are fortunate to be able to learn on set.Â  However, on set you don’t get the opportunity to learn from your mistakes. So if possible you should find an environment that you can learn and grow and make mistakes to get better at what you do.”Â  Well stated Ernie, you can’t argue with that!

After finding out about his full scholarship to Yale he made me think about the difficult transition that so many inner city youth deal with when they attend an Ivy League school.Â  I asked Ernie what it was like going from a student in Detroit, at WSU to a student in Connecticut, attending Yale.Â  Was it difficult and how did he deal with the adjustment? He answered, “Yes, it was difficult.”Â  He went on to explain that when you are from or grow up in a small town or from a small environment, that is your world. You have a lot of attitudes, opinions and you have a certain perspective on the world that has sustained you. So you want to hold on to that.Â  He went on to explain that as you start to branch out and start looking at the world from a greater perspective, you realize that you have to let go of some of your ideals, attitudes and perceptions in order to grow.Â  A lot of what you believed to be the absolute truth you have to be willing to let go of and consider other possibilities.

Ernie used himself as an example.Â  He grew up in a very racially charged town with a lot of things that he knew he could not embrace or condone in order to be successful in Hollywood. He stated, “I don’t think you can be in this business and hold on to a lot of the prejudices.Â  When I went on to college I met people who I normally would not have met and was exposed to things I normally would not have been exposed to and I also had the challenge of overcoming a bad early education.Â  My elementary school and high school did not prepare me for college.Â  So when I went to college I had to be aware of the work I had to do in order to overcome my own limitations.Â  So when I hit those moments of limitations I didn’t take it personally. I realized that there were some other things at play.Â  I didn’t direct it towards the people that were trying to help me. Sometimes you think, â€˜Oh they are making judgments about me.’ No, I knew it was necessary to get the information and skills I needed to get.Â  I didn’t have the time to waste blaming someone and creating a crutch or the usual excuses that would not enable me to grow. Sometimes it can be real tough when you are in a certain environment and people are expecting you to do bigger and greater things, while wanting you to let go of the things you feel you already know. When stepping out into the larger arena, even when interpreting things that people say, it is very easy in America to want to blame everything that happens to you on being black.Â  I didn’t get this because I’m black, these people did that because I’m black, it rained today because I’m black and it just goes on and on and on.Â  I understand that, I have certainly been there.Â  I also know that at some point you have to be willing to trust the universe, that greater sense of the universe, to give you or allow you to embrace the growth that you need to do in order to move on, to sustain, to be able to be a member of the world as opposed to that small group or community that you are from or where you were born.”Â It was interesting that his summation was that in acting it’s about expansion and not staying in your comfort zone. Knowledge combined with experience are the tools that enable you to enact life. (Continued on page 2)